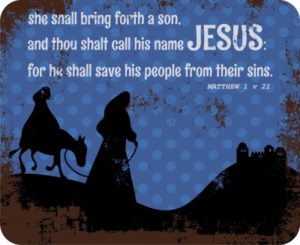 Don’t be frightened, Mary, the angel told her, for God has decided to bless you. You will become pregnant and have a son, and you are to name him Jesus. Luke 1: 30-31, NLT

Over three thousand years ago, an angel visited the virgin Mary and told her she would give birth to a  son, who would become the savior of the world. Mary was initially confused and frightened by the task she was asked to do, because she couldn’t understand how she, a poor, young and unmarried girl, could give birth to the savior of the world. But in spite of her limitations and concerns, the angel assured her she was the one God had chosen .

In spite of your limitations, God can also use you to write for his kingdom, if he is calling you to do so. So don’t be frightened by the task, no matter how daunting it seems to you. Even when it doesn’t make sense, determine to respond the same way Mary responded:  “Lord, I am your servant and willing to accept whatever you want from me.” “May everything you say will happen come true.”

This entry was posted in Answering the call to write for ministry and tagged Daily wisdom for writers. Bookmark the permalink.